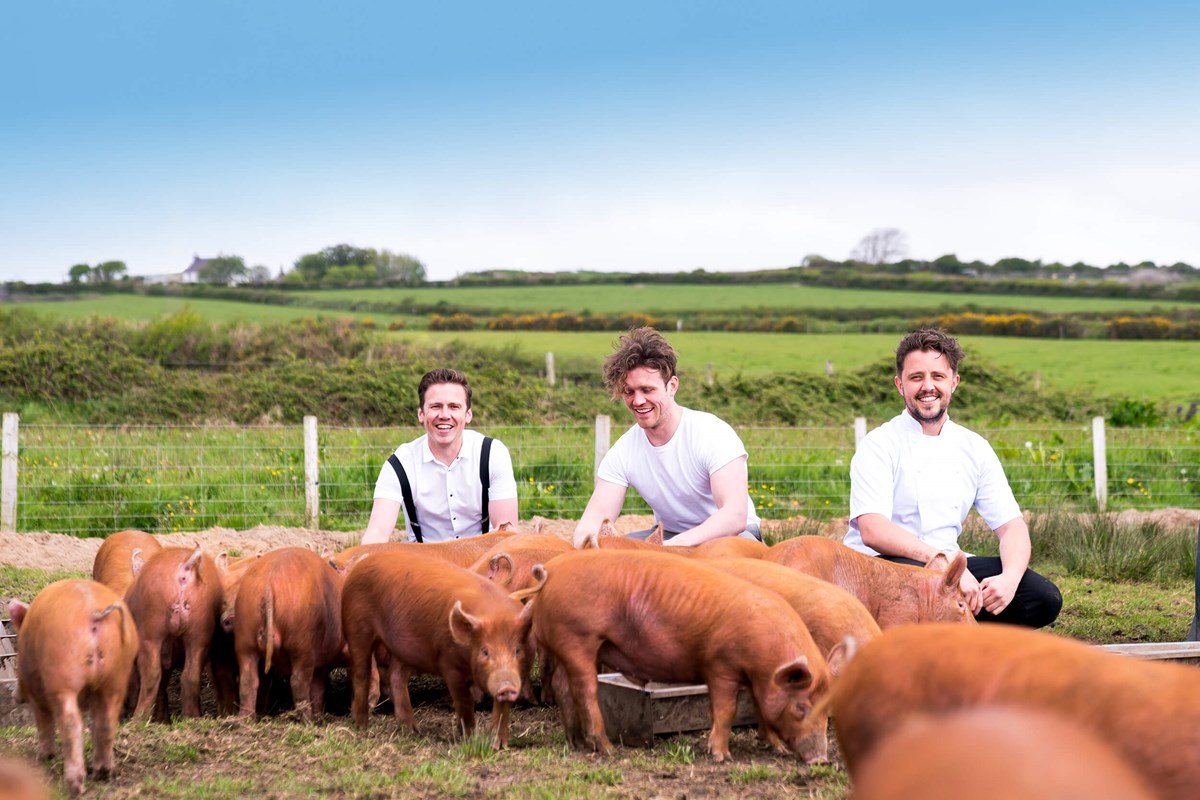 The Fat Pig Farm has grown from hours spent playing on the small holding, Gardd Rhosyr. We originally set out to grow vegetables for the restaurant. We jumped into getting some pigs to turn over the land and to get some organic matter and nutrients back into the soil; we got carried away.

We blame Jammie Doherty and the Jimmy’s Farm TV series that we watched when we were kids. Ever since then, becoming pig farmers has been buried in our subconscious, so it’s their fault.

We started trying to rear tasty, outdoor reared pork for The Marram Grass menu. We’ve spent hundred’s of hours speaking to people, watching videos and trying to get our set up right, reading and testing to get the pork as we want it. We were blown away to find how much pork was imported into Wales, and even more so to find how much pork is reared completely indoors. We simply enjoyed getting stuck in with them in the mud outside.

We’ve now honed into the fact that we want our pork to have plenty of fat to aid the cooking process and for the added flavour. It also means that we are keeping our pigs longer than what’s usually practiced commercially. We keep all the pigs outdoors year round, though the youngsters spend their first 6 weeks inside, in the protection of the sheds if born during the colder months.

We sell our pork through The Marram Grass and to other restaurants and butchers. We also sell directly to our customers through the shop on site, opposite The Marram Grass on the courtyard at White Lodge Caravan Park.